The Davidsons of Tulloch

In the 18th century we find important families such as the Davidsons of Cantray and the Davidsons of Tulloch. The latter claimed descent from the Chief of Clan Davidson/MacDhai of Invernahaven in Badenoch and came into possession of the lands and castle of Tulloch, near Dingwall, Ross-shire in 1762, when Henry Davidson purchased the estate from his cousin Kenneth Bayne. The Castle was the residence of Clan Davidson Chiefs from 1762 until the death of Duncan VI of Tulloch in 1917 when it passed into other hands and the Chiefship lay dormant for nearly eighty years.
‍
Later popular tradition has associated the Davidsons with the estate of Davidston in Cromarty, the laird of which is mentioned in 1501 and 1508, in the course of a legal action taken against Dingwall and Tain by the Burgh of Inverness. Research is ongoing and Davidston today is an important farm which includes some of the best arable land on the Black Isle.

The son of Duncan 4th Davidson of Tulloch and Mary Mackenzie was born 1857 in Brussels, Belgium and went to school in Crieff, Perthshire along with this brother Alaister. He immigrated to New Zealand to breed sheep and married Caroline Jane Evans in 1885. Their three sons Eion, Hector and Lionel were born in New Zealand and educated at Wanganui Collegiate School.

The family settled north of Wellington and from newspaper reports we know that initially he worked for another sheep breeder, Mr Cobb before owning his own property at Heatherlea where he built a comfortable architect-designed residence in 1892. He was very successful as a breeder of Cotswold sheep which were exhibited at the Manawatu Show. In 1897 he was appointed Valuer for the Borough of Foxton. After disposing of his farm he commenced business as a land agent in Levin, subsequently moving to Pahiatua where he died in December 1907. He was also a JP at Kereru and Pahiatua. Six weeks prior to his death they lost their son, Hector Ivan, in a fatal cycling accident at Wanganui on 3 November.

The family in New Zealand had always been aware of their position as the last direct descending line. Descent is only through the male line, and it was believed that lines of descent from the first three wives had died out.

In the late 1950s, Hector’s son, Eoin sought audience with the Lord Lyon, and for ten years he attempted to substantiate his claim to be Chief. Eoin was hampered by two things. The first was a counter-claim from an earlier Tulloch line, descendants of John Ewen Davidson, the Australian sugar pioneer. Secondly, and of much greater difficulty, there was the tangled genealogical web involving the issue of Duncan IV of Tulloch with his several wives and many children, not all of whom could be accounted for. 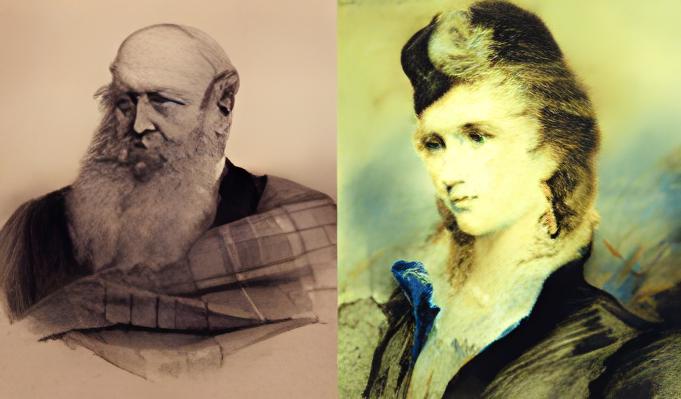 After Eoin’s death in 1974, his son Duncan took up the challenge to prove his claim. However, he struggled to find proof of his lineage until the newly formed Clan Davidson Societies in the UK and Australia threw their collective expertise into the effort. After many years of negotiations, Hector’s grandson, Duncan Hector Davidson, was finally recognised by the Lord Lyon King of Arms as Chief of the Name and Arms of Clan Davidson in June 1996, eighty years after the last chief had died.

Duncan Davidson was born in Dargaville on 14 June 1916, was educated at Whangarei High School and began an electrical engineering degree at Auckland University but had his studies interrupted by World War II. He married Lois Isobel (Patricia) PATTISON in 1942 and they had one daughter, Donna Sue.

He served as a draughtsman with the Royal New Zealand Air Force at Ohakea and in 1945 joined the Hawke’s Bay Electric Power Board as Assistant Engineer. He rose to the position of Chief Engineer in 1975 prior to his retirement early in 1978.

Duncan was very much conscious of his responsibility as Chief and had spent many years in the struggle to have the chiefship recognised. Sadly, Duncan was to be Chief for only one year and died in February 1998. Having no sons he was succeeded by his cousin, our present chief, Alister Guthrie Davidson, known to one and all as Jock.

Jock had this to say about his honoured predecessor: “I cannot help but wonder what might have been, if the search for the Chief had been successful some thirty years earlier. Duncan would have made a wonderful leader. He had a good sense of humor, was kind, thoughtful, considerate to others and above all, had a wonderful personality. I am sure that his father in particular, and mine also, would be delighted to know that after all this time, this branch of the family had finally been recognized as legitimate heirs to the Clan leadership.” 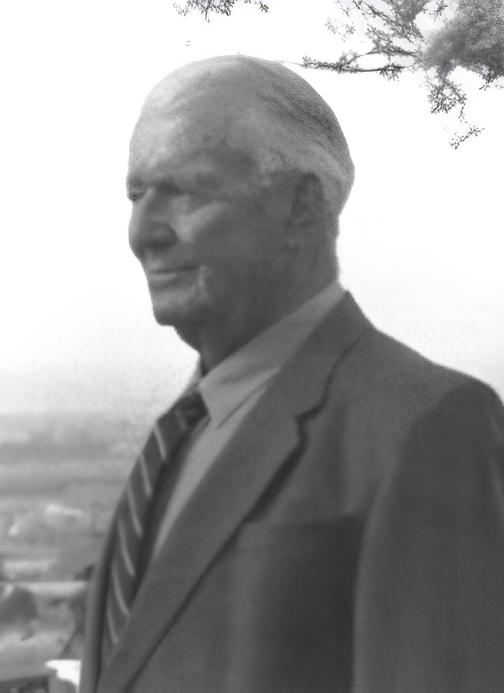 Jock was born 27 May 1924, son of Lionel Guthrie William Davidson and Wendela Mabel Hunter, in Dargaville, northwest of Waipu, where his father had a sheep and cattle property. He was educated at Pukehuia Primary School and later boarded at Whangarei Boys High School.

On completing his schooling he enlisted at the age of 18 in the Royal New Zealand Air Force where he trained as an engine fitter.  In September 1943 he was posted to the Pacific War zone. He served in the Pacific until the end of 1944, returning and serving in the Air Force in New Zealand until demobilized in 1946.
‍
A career with an engineering supply firm followed where he eventually became Divisional Manager and finally consultant before his retirement in 1984.  Jock married Kathleen Mary Goulding on 24 January 1953 and they raised their three children, Kay, Grant and Jeffrey in Auckland. Sadly Kay passed away on 1 August 2014 in Auckland.

Jock has been a keen sportsman all his life and he and Mary were enthusiastic golfers and gardeners prior to their moving into a retirement village in Auckland. Since succeeding to the Chieftainship, Jock along with Mary have actively promoted the clan in New Zealand. He is an acknowledged promoter of Scottish tradition and Celtic heritage and recognised by the Celtic Council of Australia, which awarded him one of its highest honours, Cyfaill y Celtaid.

On 26 December 2014, Chief Jock passed away suddenly in Auckland. His clansmen will always remember the quiet dignity that Jock brought to his role as Chief. He was held in the highest esteem and greatly respected by all who knew him. In the fulfilment of his Chiefly sevice he brought honour on himself, his family and his Clan. 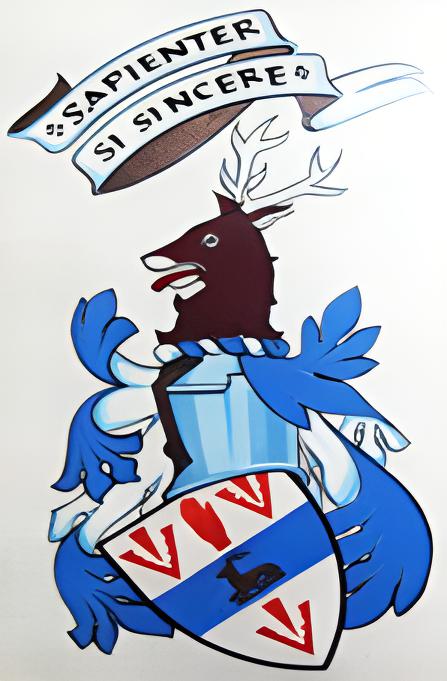 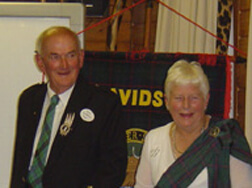 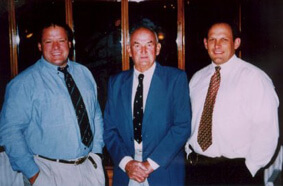 Grant Guthrie Davidson, was recognized by the Court of the Lord Lyon as the new Chief of the clan and his inauguration ceremony was held in Christchurch on 9 May 2015.

Grant was born in 1956 in Auckland, NZ. He qualified as a plumber after leaving secondary school and has had a lifelong interest in sport playing representative rugby, tennis, golf and sailing. He married Brenda Opperman in 1990 and they live in Auckland with their two daughters, Alexandra and Olivia.

(Grant Guthrie Davidson, 3rd of Davidston, Chief of the Name and Arms of Davidson and Chief of Clan Davidson, middle photo)

Grant and Brenda have lived in many parts of the world stemming from their love and interest in yachting. He competed in the First Sydney/Hobart race in 1979 and went on to complete nine more such races, from 1984 was involved with Americas Cup teams, Kookaburra Australia, Japan, One Australia and managed Chris Dickson’s sailing team Tokio (from the land) in the 1993 Whitbread Round the World race. Grant was the Facilities Manager for the Auckland Viaduct Harbour development, building the team bases and marina and managing the marina operations for both 2000 & 2004 Americas Cups. This was followed by six years in Valencia as the onshore operations manager for the BMW Oracle team. The highlight was being part of the team to win the Americas Cup beating Team Alinghi in 2010. Grant spent the next two years touring Europe and America completing his involvement with the Americas Cup in San Francisco before returning to New Zealand. Grant is now working in project management in the construction industry. 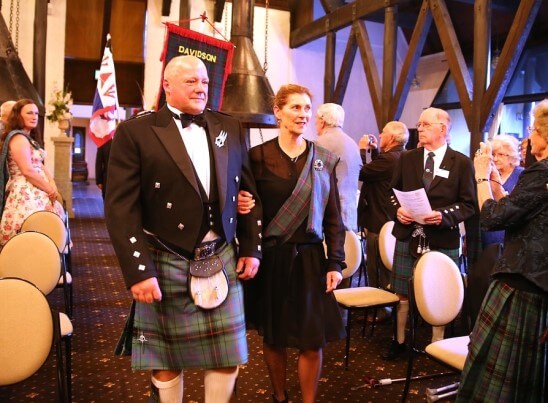 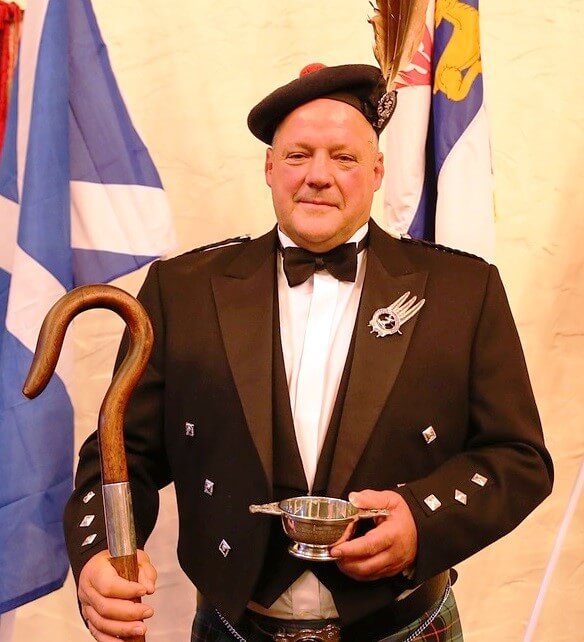 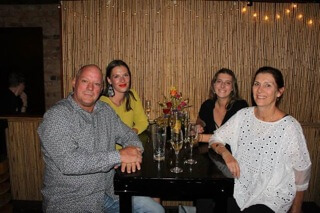