Clan Chattan or the Chattan Confederation is a confederation of 16 Scottish clans who joined for mutual defence or blood bonds. Its leader was the chief of Clan Mackintosh.
The name Gillichattan, the reputed founder of the Clan, means in the Gaelic, “follower of Catan”. Catan was a 6th century bishop who was accounted a saint. He had a strong following among the early Scots who migrated from Ireland and had many churches dedicated to him especially in Argyll.

Clan Davidson bonded with Clan Chattan through Eva, only daughter of Gillipatrick McDougall vic Gilichattan, the reputed namefather of the Clan, who came from Connaught in Ireland to Lochaber in the central Highlands in 1215. She married Angus who succeeded his father as Laird of Mackintosh and he also received the hereditable chiefship of Clanchattan with his bride. Their daughter, Slane, married David dhu, and so Clanday became a cadet branch of Clanchattan.

In later years, other clans associated themselves with Clan Chattan, turning it into a confederation. Mackintosh remained the dominant family though the Macphersons challenged this position.

On at last three occasions, in 1543, 1609 and 1664, the Confederation called a gathering of the constituent clans to resolve conflicts between them and to draw up a ‘band’ of agreement. Unfortunately, neither Clanday nor the Davidsons appear in these bands, presumably because the Clan had lost its influence after the near annihilation of its fighting men at the Battle of Invernahavon. 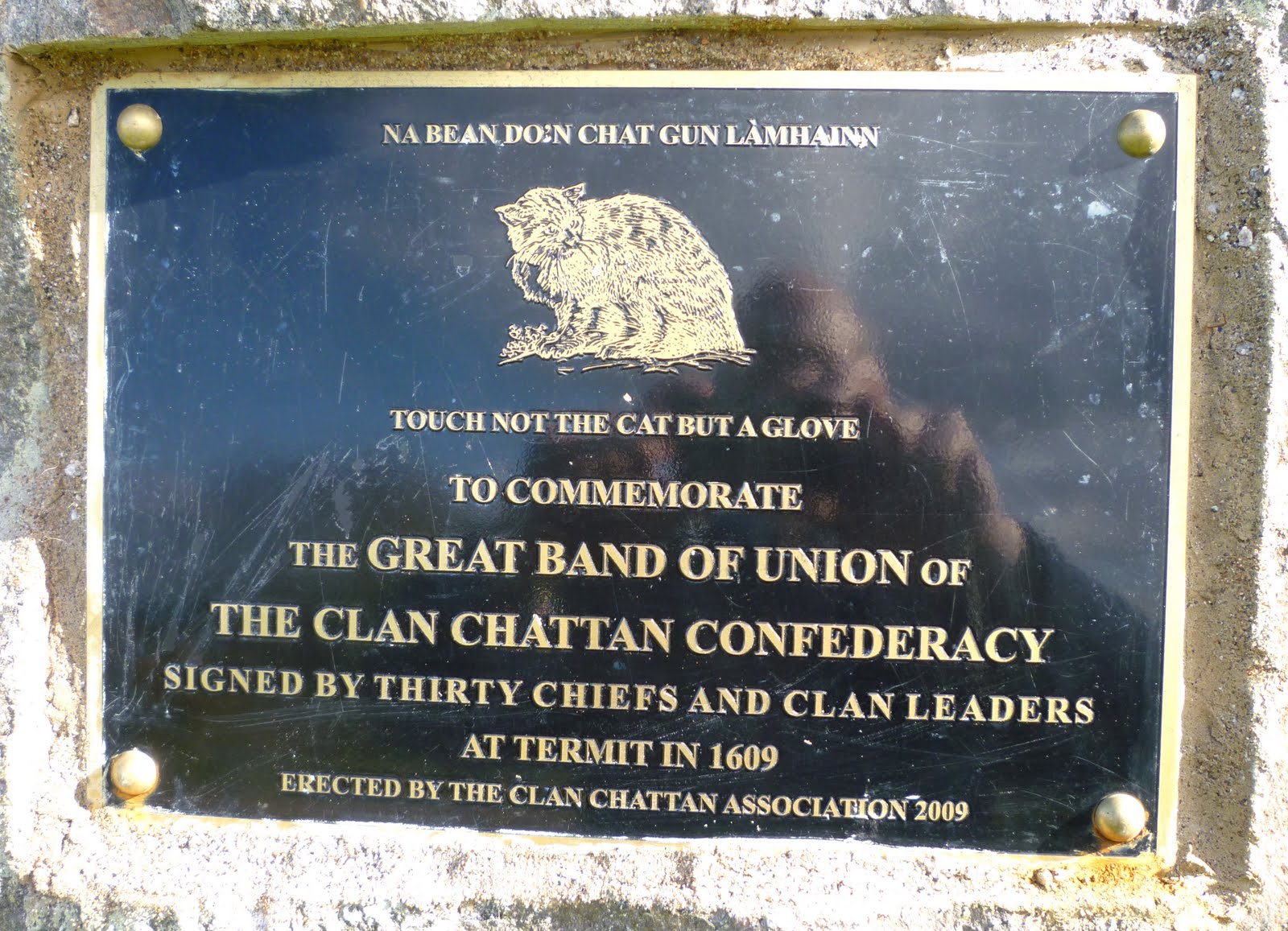 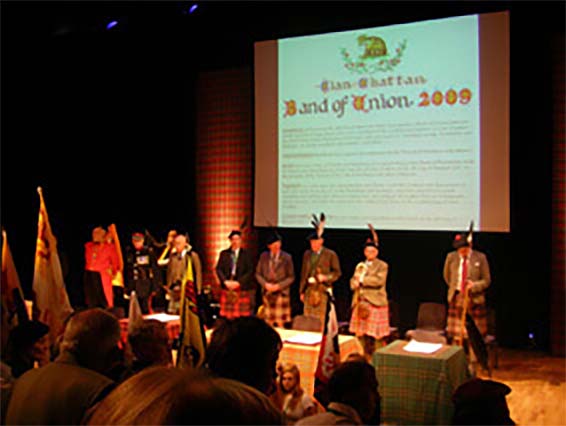 In July 2009, the 400th Anniversary of the Signing of the Band of Union in 1609 was celebrated in Inverness with a re-signing by the Clan Chiefs or their representatives.
‍
Our Chief, Jock Davidson, who is a Vice-President of the Clan Chattan Association, was unable to attend and Frank Davidson from Australia represented Clan Davidson in his place.